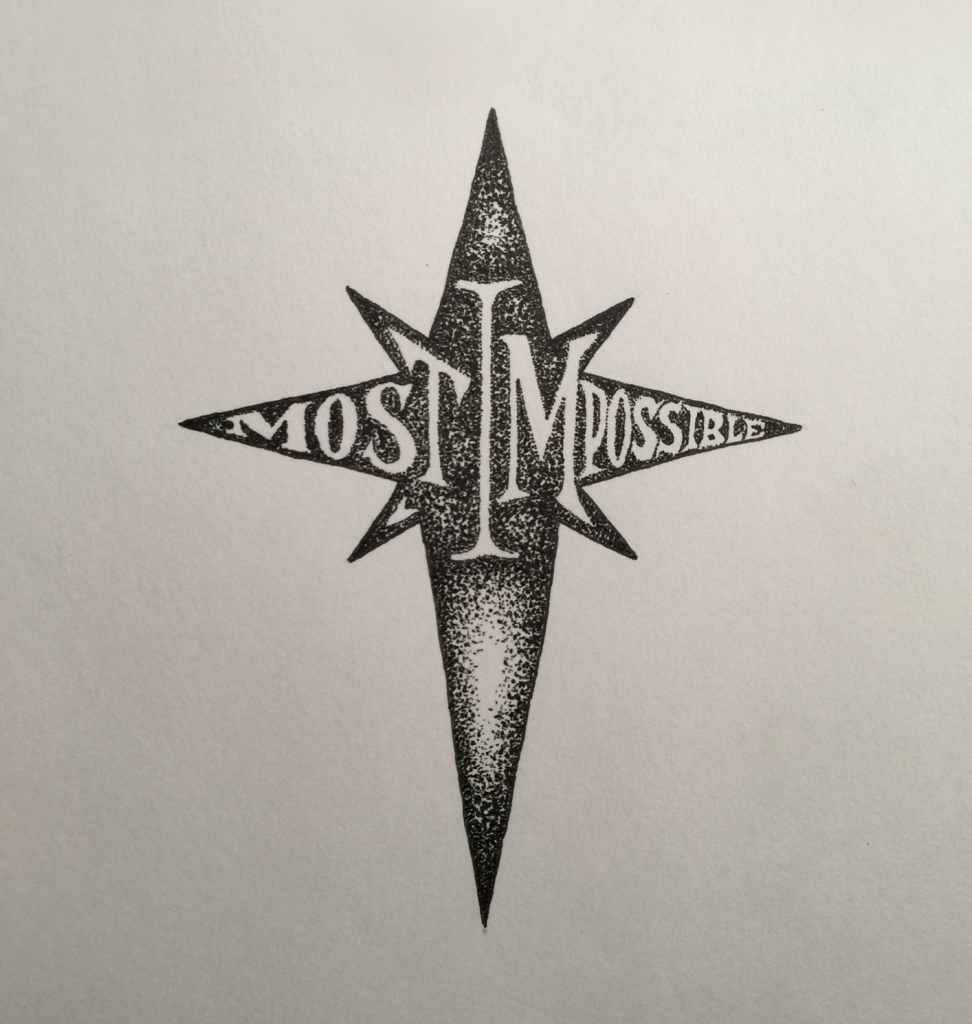 The Heavens tore loose from their hinges; it maybe wasn’t such a silent night. Platoons of celestial guardsmen stepped out from behind invisibility cloaks and made themselves seen and heard, much too loudly to be mistaken for anything else. They were here to be noticed! To ensure that a soft, plump little baby was noticed, actually. Something impossible was happening that night, and if there’s a scale of impossibility this was the most impossible thing: the incarnation of God. Like an author taking up residence on the page with the characters he wrote. Like a sphere leaving its third axis behind and visiting the 2D stick-figures of Flatland. Infinite oceans were funneled into a single bottle, and this was no parlor trick. This was something else entirely.

That was in town. The rowdy late-shift blue-collar workers saw all that.

But around the corner of the planet this miracle was making itself known in a very different way.

It is possible to miss a miracle, or even to be there for one and to still reject it. Free will and all that – you truly get to choose to participate or not. Herod missed it big time. A Bethlehem innkeeper missed it – or very nearly did. “The light shines in the darkness, but the darkness does not comprehend it.” Even so, some stargazing mystics saw it coming. They had the ancient prophecies spread wide and may have been looking for the signs for decades, for centuries. They knew nothing of a Hebrew God, but having dabbled in chintzy potions and palm-readings, they knew enough to be able to recognize true Magic when they saw it. A prophet they had studied, probably Daniel from half a millennium before their time, laid it all out for them, and all they had to do was add the years and watch the stars. What were they thinking? What were they expecting to encounter? We know that they thought their astrology and prophecy decoding was substantial enough for them to take a massive journey. It would have been unreasonable to travel hundreds of miles and risk death for something they were only half-convinced was the real thing. Well, they were magicians, dreamers, mystic healers, but suppose they were also reasonable men, truly wise men. This was real enough to them to be fully convincing. What were they convinced of?

Human organic life had always felt separated from holy invisible forces – separate from the gods. Mount Olympus was entirely inaccessible to mere mortals. There were tales of the gods stepping down to our level to interact, to bless or to curse. But those were more like superstitions, right? Why would a race of self-absorbed deities even come down here to work out their petty family squabbles as the myths said they did? No, none of those old-wives tales were enough to risk ones life over. Especially to that brand of obnoxious gods that were just plain unlikeable.

Still, there was an unknown, holy dimension that we non-gods were cut off from, right? Probably, there was some kind of unknown true God out there who was realer than the realest real of earth, right? The ancients claimed to have had dealings with such a God. The God called itself a “He,” a “Father,” and it was like He had children here on earth, whose wellbeing He looked after and wanted truly good things for just like parents do their beloved babies. More than that, He said that He Himself was going to visit one day. His prophets claimed that one day He’d come down from the burning holy inaccessible secret place outside of Earth, down here to Earth’s actual dusty surface, in the form of human flesh and bone.

But that’s all pretty ridiculous: infinite unlimited deity somehow squeezing into a very finite, very flabby, very awkward person-suit with hair and odor and weird moles? Maybe the astrology wizards in the far east found it rather compelling because this was enough strangeness to this claim that lent a little validity to itself. Like trying to fake random numbers that mathematicians can spot a mile away, the real deal has an unexpected weirdness to it that make-believe tends to leave out. Yes, this was truly odd.

That a God would make Himself known as a just-born crying, pooping baby even odder still. “We would have thought a person-shaped demigod descending on a cloud to cause us all to worship itself would be more appropriate,” they might have thought. But no, the scrolls and the counting beads and the constellations said otherwise.

So they made their own ridiculous plans: a trip across the known world to see for themselves this impossible and potentially very awkward scene. They’ll plan to bring gifts for this God-man. That seemed appropriate, even if the God didn’t quite catch the indignity of the whole arrangement; human people were grimy enough, but bloody, slimy, painful human birth?

The eastern mystics maybe didn’t know the details of the birth, and it probably took them a couple years to arrive. But here they were, uninvited, claiming to have heard about a God-turned-baby from their study of both the night skies and their history scrolls. It’s pretty amazing, actually, that their translation of another culture’s holy writings gave them the right information to even know where to look in the heavens for a sign. More amazing that a comet, or star (it surely wasn’t called the Star of Bethlehem back then) led them directly to the place, to a two-year-old’s family home.

But if all that is more amazing than the birth of a God-baby – that this even happened at all – some basic point is at risk of being missed. Gods don’t typically limit themselves. Infinity can’t usually be counted and packaged. Yes, a paradox is impossible, but not all impossible is a paradox. Somehow, without causing the very seams of reality to burst, spilling unravelled the laws of physics and logic to the unreasonable void, something truly impossible took place in human history. God retained his full God-ishness and yet folded like a tesseract into a form previously unknown to true Deity: a human person. The One who called Himself “I Am That I Am” was now literally adding another name for Himself, this time spoken from our perspective. Immanu El – “With Us Is…God.” Yes, if ever there was a time not to feel alone, it was now. With us is God who both remained Himself and yet became one of us. And surely cried and then spit up.